As spring approaches, there is often an increase in the number of cases of allergy to different outdoor substances such as pollen, flowers, caterpillars or fruits. This doesn’t mean that there aren’t allergies during the rest of the year, in fact the number of allergies are increasing day by day. Allergies can have different interpretations according to the focus of the medical paradigm.

Allopathic medicine defines an allergy as a strange reaction or inadequate immune response to substances that are not generally harmful. According to the etymology, the word allergy comes from “allos” which means “other” and “ergos” which means “reaction”. An allergy is a situation in which a person reacts to something internal which is considered alien by the immune system. The physical reaction appears when the person is exposed to the allergen and the immune system is depressed.

The function of the immune system is the protection of the body from substances that may be harmful, toxic or alien such as foreign bodies, bacteria or virus. Nevertheless, it can also react against allergens (pollen, hair, dust, wood, flowers, food, fruit, perfume, etc.) that are harmless substances for most people but that produce a physical reaction in others.

The immune system of somebody with an allergy has a hypersensitive response (in other words, it reacts more than it should) and when it comes into contact with the assumed allergen, certain chemical substances are secreted such as histamine, for instance. These reactions produce the symptoms known as “allergies”. In summary, an allergy is an excessive reaction to something that the organism considers alien.

Biological Decoding offers some answers to these questions. When we deal with an allergy, what we have repeatedly found is that a track memory or rails tends to appear. It is a memory associated to an initial biological shock (bioshock), when the brain detects the bioshock again – whether by contact or association – it reactivates the conflict and the symptoms reappear.

What is a memory track?

A track is a memory that was registered by the sense organs when a biological conflict occurred.

These tracks are the memories registered by the sensory organs (taste, vision, hearing, touch) or the thoughts that we had at the exact instant in which the bioshock took place. They act like the tracks of a record or the rails of a train, they’ll be activated each time that the person is exposed to one of the elements recorded as part of the memory of the traumatic event. The activation of the memory results in the appearance of a specific allergic reaction.

When somebody experiences a dramatic and unexpected situation, all the circumstances that took place around that event are recorded by the brain, however, this is done unconsciously. Part of these memories are only accessible from the unconscious. What function does this unconscious storage of memories have? To prevent and protect. When the person comes close to something that is reminiscent of the dramatic event, the unconscious memory will be activated in order to prevent the situation from repeating. It’s a warning system based on a painful memory.

In order to illustrate the power of a track, I’ll describe the following case:

A woman came to consult me about an urticarial eczema on her torso, specifically on her sternum at the height of her breasts. It first appeared after a dinner in a restaurant during a business trip. When asked about the details of the events that took place during the dinner, she explained that she was eating on her own when a tiny drop of sauce fell on her jersey at the height of her breasts. When the waitress came to remove the dishes, she noticed her staring at the stain. At that precise moment she felt slightly uncomfortable.

On the next day, for no obvious reason, the urticaria appeared. It didn’t seem to have any explanation until she connected the look that the waitress had given her with the looks that her mother in law gave her. Her mother in law tended to look at her clothes in the same way when she visited her, scrutinising her clothes for stains. In this case the allergen was the “aggravating stare” that reminded her of the stress produced by other aggravating stares.

The brain in alert

When somebody experiences a biological shock, the brain instantly activates a state of maximum alert and it records all the details of the moment. The way in which the stressful event is experienced is linked to the sensory organs (sight, hearing, smell, touch) most active during the event, and this will give place to the specific physical reaction.

If you experience a situation that is “painful to look at” and therefore the sight is the sense that is most active recording everything that is taking place, the symptom associated to the allergy may be connected to the sense of vision and it may manifest as a conjunctivitis.

If the stressful situation is not just related to sight but is experienced as “seeing and smelling something bad and ugly” then the symptoms that may appear are conjunctivitis and rhinitis.

Example of intolerance to gluten

When the bioshock occurs during a meal and the person experiences an “undigestible situation” (this term is used in Biological Decoding for events that are experienced as “hard to digest”) the person may develop an allergy to one of the elements present in the meal or become intolerant to one of the foods they were eating, such as gluten, for instance.

According to Biological Decoding, an allergy can be defined as the reactivation of a biological conflict that takes place when the person experiences the circumstances that were stored in the unconscious memory and connected to the stressful event. The element present at the conflictual instant acts as an allergen and it could be absolutely any element (smell, sound, colour, material, food, substance, atmosphere, event, animal, metal, medicine, etc.) that was present when the biological conflict originated.

Another aspect to be taken into consideration is the time elapsed. There was a first exposure to the allergen when the symptoms had not yet developed. In other words, the conflict takes place before the allergy develops, later, when the track memory is activated, the allergic reaction appears.

In summary, there are three elements to take into account: the allergen, the specific reaction and the time elapsed.

Let’s consider the case of a nursing baby that is weaned at the age of four months. An eczema appears around his mouth. What could this mean? It could be the result of a separation conflict (skin against skin) that will affect the baby’s epidermis.

Another case is that of a 5-year-old boy who was hugging a teddy while his parents argued and quarrelled in front of him. Finally, the parents separated and soon after, the boy developed an epidermal reaction on the folds of his elbows, forearms and hands. This is another example of a separation conflict that affects the skin.

Food allergies are often a big problem for the sufferer. We spend a few hours each day around food so there are quite a few probabilities that we might experience a biological conflict while we are eating. According to Biological Decoding, the food present at the instant of the bioshock can become an allergen.

For example, this is the case of a 26-year-old man who had been allergic to bird meat for over 20 years (including pâtés and other food derived from bird meat). He identified the programming event in his childhood: during a stay at his grandparents’ farm, his grandparents killed and cooked a chicken that he had cared for and that he even took to bed with him when the grown-ups weren’t looking.

Another case is that of a woman who was allergic to peaches –she couldn’t even stand seeing them in the shop. Any contact with peaches resulted in an atopic eczema on her face, arms and torso. She was able to heal the symptom when she realised that peaches were part of the last meal that she shared with her father before he died in an accident when she was 13.

An example of intolerance to gluten is the case of a boy who was in a barn when he got a heavy telling off from his father who told him he would have to go to a boarding school, leaving his family at the age of 10. He was intolerant to gluten for 28 years, until he was able to connect the allergen with the instant in which he suffered the biological shock.

This is the case of a woman who suffered a sun allergy for 10 years, during this time she had to protect herself continually, summer and winter. Finally, she was able to find the dramatic experience that triggered her allergy: when she had her graduation ceremony she was expecting her parents to come; they never came because they had a little shop that they “could not leave untended on any account”.

Biological Decoding helps the person to locate the precise instant in which the biological conflict took place. At that instant an unconscious track was generated, to prepare the organism to defend itself from any elements perceived as a threat, even if they are actually harmless. The symptoms are due to the way in which the situation was experienced, not to the actual objective facts.

In the case of allergies, it’s fundamental to defuse the tracks in order to resolve recurrent and chronic problems.

What did you think of this article? Did you know what a track was? Leave your comments and we’ll answer.

Disclaimer: Biological Decoding is a complementary, supportive emotional therapy, it is not a substitute for any medical treatment. The client can freely choose this therapy to help with their emotional wellbeing. The Ángeles Wolder Institute does not give medical advice and does not recommend its clients to give up any medical treatments. 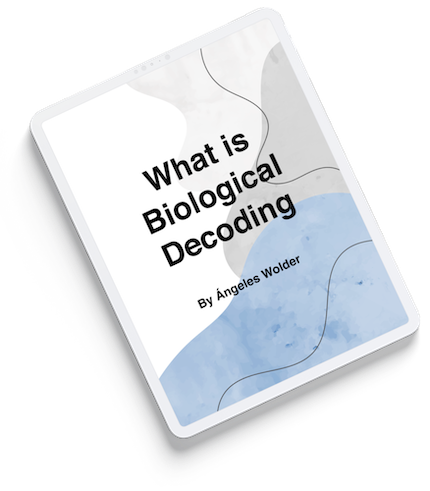 Learn about biological decoding and begin to listen your body.

Learn at your own pace and wherever you wish

In each lesson you will receive an explanatory video 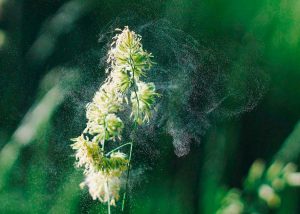 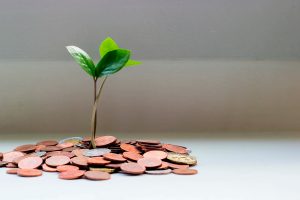 What relationship does money have to Biological Decoding? How does a biological decoding therapist work with the problems of money, success and prosperity in life? 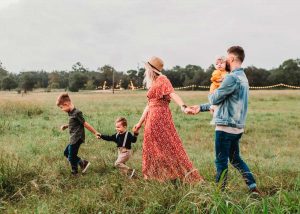 Relationship between parents and their children

Before a baby is conceived, he already exists as an idea, all human beings have come to this world with a mission and a specific objective: the project of our parents. Throughout our lifetime we’ll only be able to express the project that our parents had when they conceived us.